With only a matter of weeks left to this years Irish Open which takes place at our very own Fota Island Resort, one of the lading five star resorts in Ireland, the countdown continues with many official launches and updates continuing to filter through. One important facet of the golf tournament is the selection of the official charity by the Trustees of the Tour’s charitable arm, the Tour Players Foundation (TPF). Every year this foundation looks to support a charity in the regions that The European Tour hold events (this year with the Irish Open held at Fota Island Golf Club Cork, the chosen charity is a Cork based one). Often the selected charity is one with a specific focus on children and young people and this year it chose the Mercy Hospital Foundation in Cork as the Official Charity to the 2014 Irish Open.

One factor that may have led to its selection was its work helping young children in the locality particularly through its Kids and Teens Appeal, with Mark Roe, former European Tour player and Chairman of the Tour Players Foundation, commenting: “The Mercy Hospital Foundation’s work with young children in the Cork area made a strong impression on the Trustees and we are delighted to work with them in the coming weeks before and during the Irish Open to assist their fundraising for the Kids and Teens Appeal.”

The Mercy Kids and Teens Appeal, launched earlier this year by The Mercy Hospital Foundation, aims to raise €100,000 to benefit crucial areas of The Mercy Hospital’s paediatric services in three areas of the hospital. They include redevelopment of the Children’s Leukaemia Unit (updating the family room, treatment room, play facilities and overnight facilities for parents) at a cost of €10,000. Over three years €54,000 of the fund is to go to the POONS service, a mobile nursing service that administers treatment to children and young people undergoing cancer treatment in the child’s own home. This service covers a large geographical area throughout the county and other surrounding counties. The remaining €36,000 will help finance the Bereavement Counselling and Support for children and Support for Education scheme. This scheme will give Bereavement Counselling and other support services to help many children affected by the death of a parent or sibling. It also offers help and support to many children and young people affected by long term illnesses in their efforts to continue their education.

It is hoped that a range of charitable initiatives at this year’s Irish Open will help raise the €100,000 needed for the Foundation’s paediatric services. The charitable initiatives which will be confirmed in due course give everyone involved in the Irish Open, be they a spectator, a sponsor or a player, the opportunity to contribute to the Mercy Kids and Teens Appeal leaving a lasting legacy for the Irish Opens return to Cork.

The selection of Mercy Hospital Foundation as official charity to the Irish Open was welcomed by many, including former Irish Open champion Shane Lowry, back from narrowly losing out to Rory McIlroy in last week’s BMW PGA Championship.

After meeting the charity representatives at one of the leading 5 Star hotels in Ireland, Fota Island Resort, after a practice round ahead of the Irish Open, Lowry whose girlfriend works as a children’s nurse, noted “I can appreciate the efforts that go into making the youngsters’ lives better. As Official Charity of the Irish Open, the Mercy Kids and Teens Appeal should benefit greatly from this association with the game of golf.”

And with the naming of such a worthy cork based charity such as Mercy Hospital Foundation as Official Charity for the Irish Open 2014, the countdown to the Irish Open at Fota Island Resort continues to roll onward with a positive note. 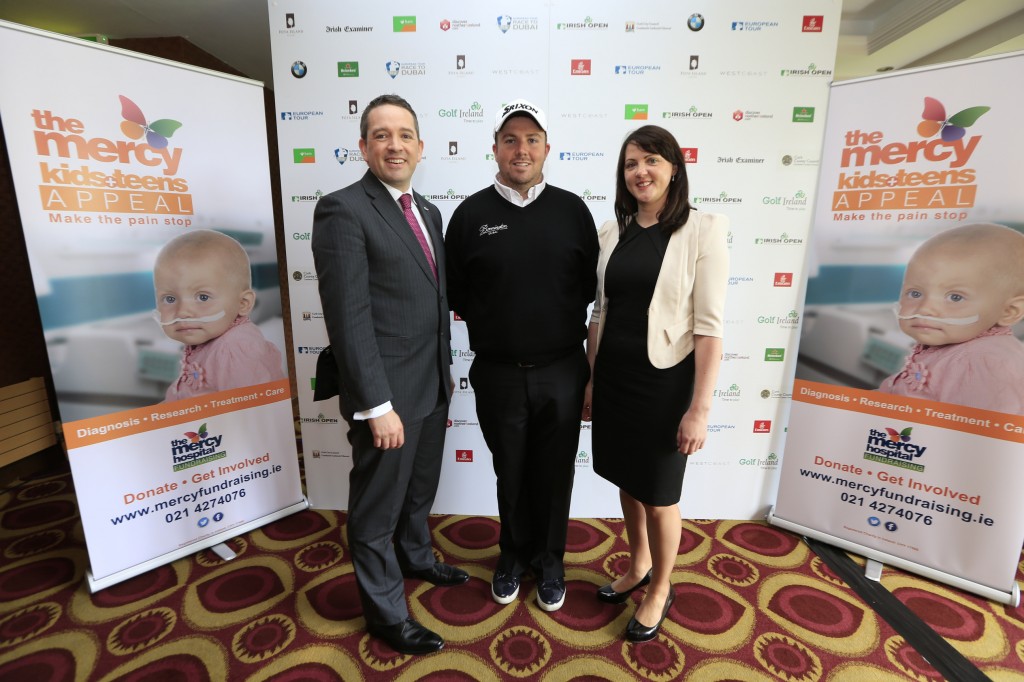 For further information on the Mercy Hospital Foundations Mercy Kids and Teens Appeal checkout the official website www.mercyfundraising.ie or by calling (021) 4274076.