I’m Kathrin from Germany and I’m working as a trainee in the Marketing Department at Fota Island Resort since September. Since my arrival in Ireland at the end of August I have heard everyone around me talking about the world renowned Guinness Cork Jazz Festival which took place from Friday, October 28th, until Monday, October 31st.

The anticipation of the people in Cork was infectious and I was really looking forward to it. Locals told me that the festival has been held in Cork City in late October every year since 1978. The Festival is Ireland’s biggest Jazz Event and attracts hundreds of musicians and over 40,000 music fans to the city each year.

Everything that I heard made me more curious. I like the Jazz music style but I’m not a big fan of it. So I was really excited to see if I would like it, when the Cork City becomes electrified with soulful and infectious vibes floating out of pubs and venues across the city of Cork. Would I maybe become a big Jazz fan?

I wanted to find out more about the music and I read that Jazz is a musical style that originated at the beginning of the 20th century in African American communities. I have to say that through the long history, Jazz is still traditional but also a modern and fresh musical style for me. I know a lot of old and even young people which like the music. So I think whatever your age, you should feel the rhythm of the bands with its trumpeters, saxophones, pianos and drums, so that you have to follow the swing of the music. The traditional musicians put so much of themselves into their music that the music makes you think, feel, listen and dream, more than any other kind of music. 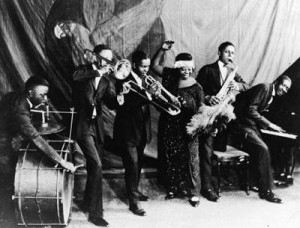 But I still wasn’t sure if the festival can really produce all these emotions in me. Can it really match all the expectations of Corkonians and even mine? Or will be the new interpretations of the songs be too modern and the real feeling will get lost?

The line up for the 2011 event includes a host of international jazz acts reflecting the ever-changing face of jazz as it moves forward with new sounds and new audiences. This year’s event attracted acts such as the Harlem Gospel Choir, Tia Fuller Quartet, Grandmaster Flash, Pee Wee Ellis and Funk Assembly, Fred and the Frank and Walters, amongst many more. There were also a number of other events taking place over the course of the weekend with the Jazz Fringe Festival, Street Music, the Cork Jazz Camp and the Jazz Choir.

After a rainy Friday night the bad weather managed to stay away for most of the weekend to allow people soak up some street performances or hop from venue to venue. But when you dared to go on to the street despite the weather like me and official figures say 50,000 other people too, you could have seen bands on the streets Cork City centre which were dressed in candy-striped jazz trousers with pink braces and where impressed the bystanders with their trumpets and trombones.

The Festival was certainly as big as the people told me! There were 1,000 musicians from 37 countries who took part in this year’s festivities at more than 60 venues around Cork, over 90% of it free. Unfortunately it wasn’t possible to see them all.

I’m a bit disappointed that I couldn’t go to the biggest venue for the festival, the 1,200-seater Cork Opera House which was sold out for many events. I missed one of the highlights there which was the performance of the Harlem Gospel Coir on Saturday night. I was a little upset and a bit envious on those people who could enjoy the music of this fantastic band!
At the Everyman Theatre you could listen to the saxophonist Tia Fuller or another performance of note was that of Clint Eastwood’s son, double-bassist Kyle, at the Everyman on the Saturday night. Perhaps the most eye-catching line-up was the first outing of Damon Albarn’s new collective Honest Jon’s Chop-Up now renamed Rocketjuice and the Moon, which featured Red Hot Chilli Peppers bassist Flea as well as DJ Theo Parish and Tony Allen.

As I strolled through the streets and the pubs of Cork at the weekend I didn’t just hear specific jazz music. You could listen to world music and European music with an electric rather than specifically jazz. You felt that the festival program moved away from the blue note era into new strands and styles of jazz. So even when you aren’t a big Jazz fan you would have fun at that weekend. I saw young and old people enjoying the music together and it was really that what I imagined. The Jazz Festival didn’t meet all my expectations, but the most of them. I didn’t become a Jazz fan but I still really like the music and the interpretations from the musicians weren’t too modern, so that I got the feeling which I wanted to have. The musicians did their best to entertain the listeners even on the streets of Cork City and it was absolutely a visit worth!

So having enjoyed the Guinness Jazz Festival like me, you have to visit the next upcoming Corona Cork Film Festival as well, which is an annual film festival that is held in Cork City which started on November 6th, and runs until, 13th November. Established in 1956, it is now an internationally recognised film festival with around 35,000 people in attendance every year. It is particularly well known for its short films.

For me as a person which loves good movies it is also very important to assist young artists in there career! I heard that the Cork Film Festival plays an important role internationally with their assistance to young filmmakers and their careers. It has won international praise for its support of short films and the art of making them. So you even can support beginners and can enjoy nice films! What else do you want?!

The Festival should attract film lovers like me and filmmakers as well as the general public. When I had a look at the program I saw that it includes a wide range of projects including world cinema, big budget productions, documentaries, creative independent films, and short films. Filmmakers enter from all over the world and it is known as a major showcase for film production in Ireland. Typically there are over 3,000 films submitted 300 of which will be screened at the Festival. Everything that I written sounds great and I’m sure that they will have a film for every one of us! 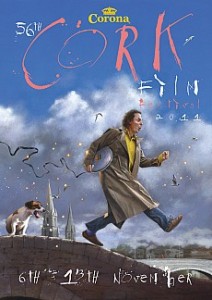 This year’s event will have a focus on Romanian films with Romanian documentaries and features as well as a number of Romanian guests. The opening film was “Cleo from 5 to 7”, a real-time portrayal of a Parisian singer waiting from 5.00 to 7.00 pm for results of a medical test. Directed by Varda the screening is the Irish premiere of the 1962 movie. For me the trailer looks very interesting and encourages me to see the film! Other festival premieres includes the before unseen director’s cut of “In The Electric Mist” starring Tommy Lee Jones and John Goodman, by French director Bertrand Tavernier, “Robert Mitchum is Dead” and “Spy(ies)” starring Irish screen legend Stephen Rea and French leading man Guillaume Canet.

Screening and events are taking place in a number of locations throughout Cork including The Gate Cinema, The really tempting English Market, The Pavillon and The Ballymaloe House.

So don’t forget to have a look at the Festival Catalogue and book your ticket for your favourite film or category, like for example Galas, World or Cinema, or even a Season Pass or a Value Pass.

I’m really looking forward to next weekend and my trip to the Corona Cork Film Festival. I don’t think you will have such a possibility this year to see so many interesting new films! I don’t want to miss this great Event so I hope to see you there?!

If you visiting Cork during the Film Festival then why not take advantage of the great package on offer at our Cork Hotel – The Fota Island Resort For just €109 B&B for a twin or double room you can escape to the idyllic and tranquil surroundings of Fota Island while also being just 20 minutes from one of Ireland’s premier cultural events, the Corona Cork Film Festival.