The sun was shining as the official countdown to the 2014 Irish Open in Fota Island Golf Resort with former champion Shane Lowry in attendance to give his seal of approval to the 2014 Cork golf club venue.

Lowry is a two-time European Tour winner, clinching his first title as an amateur back in  2009 when he won the Irish Open at Baltray, and got the official tournament launch underway at the East Cork 5 star hotel with golf course with just under five weeks to until some of golf’s biggest names roll into town for this prestigious event.

In addition to Lowry, fellow Irishmen Rory McIlroy, Graeme McDowell, Pádraig Harrington and Darren Clarke, as well as the big-hitting American and former Major winner John Daly. The championship director for this years Irish Open, Antonia Beggs, has also revealed a further boost to the field.

Spain’s two-time Masters champion and 2012 Ryder Cup captain, Jose Maria Olazabal and Italian stars Matteo Manassero, Edoardo Molinari and Francesco Molinari will also be teeing it up at Fota between June 19 and 22. With the upcoming Ryder Cup in September it is anticipated that more names will be confirmed over the coming weeks with crucial qualification points at stake to make it into Paul McGinley’s team to take on the United States at Gleneagles.

The original Deerpark course has been recently extended to 7,043 yards specially for the upcoming golf championship, and Lowry who sampled the new challenge for himself has predicted European Tour golfers will like what they see when the visit the luxury hotel in Cork star  next month.

“The golf course is a fair, tough test,” Lowry said. “If you play well, there’s a low score out there but there’s a lot of trouble on the tight holes too, but there’s a great finish to the golf course and I’m sure it’s going to bring a lot of excitement come the Sunday afternoon of the Irish Open. I just hope I can be there myself.” 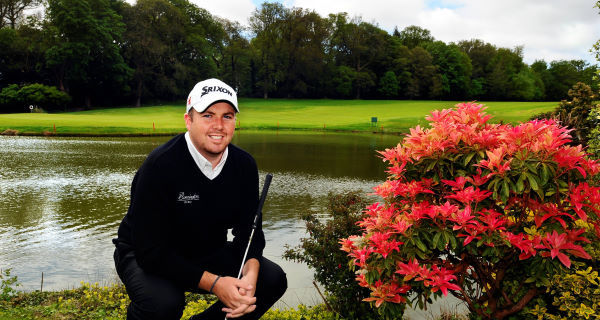 Most of the changes made to the course since the Irish Open last visited Fota Island Golf Resort in Ireland back in 2001 and 2002 have been to extend the par-five holes while the par-four sixth also has a new tee box, closer to the water. The work has been part of a €500,000 investment in the five star resort made by new owners the Kang family, said Fota Island chief executive Jonathan Woods, and the course changes were certainly all to Lowry’s liking.

“The new sixth tee is amazing where it’s set, on the water, and if you’re there in the afternoon, you’ve got the tide coming in there. I see a lot of lads hitting a driver in there.

“The par fives with the new tees are just borderline to be on in two; if you hit a good tee shot, they’re quite tight. The par fives are significant, if you can reach in two, you can make three or four birdies, sixth hole is a good chance.

As the tournament gets closer, Tour officials expect a surge in advance ticket sales at their website, www.europeantour.com/tickets, with championship director Beggs urging the people of Cork to get behind the event.

“We’re hoping for total crowds of more than 100,000,” Beggs said. “At the moment, the geographical mix is showing the numbers are coming from Dublin and the rest of Ireland. The reason for that is that people need to make plans in advance, in terms of coming away rather than those in the local area who might turn up on the day. So at the moment, the percentages are much higher for visitors coming in to Cork.

“As soon as it was announced we were coming to Cork, the enthusiasm that we encountered from Fota and Cork in general has been so overwhelming. It’s something I wish we could take around the world with us because it’s been remarkable to see and wonderful to meet all the people who are so genuinely enthusiastic about their county, their city and their country and how the strength of the Irish Open can only enhance that.”